This tutorial explains how to specify and execute bidirectional model transformations within the JTL tool.

These instructions are based on the Collapse/Expand State Diagrams benchmark. Starting from a hierarchical state diagram (involving some one-level nesting), a flat view has to be provided. Then adding a transition between two flatten states cannot be back-propagated in a unique way, since the corresponding transition in the hierarchical state diagram can be added to any nested states as well as to the container state itself.

The hierarchical and non-hierarchical state machine metamodels (respectively SimpleHierarchicalStateMachine and SimpleStateMachine) are given by means of their Ecore representation within the EMF-based framework. 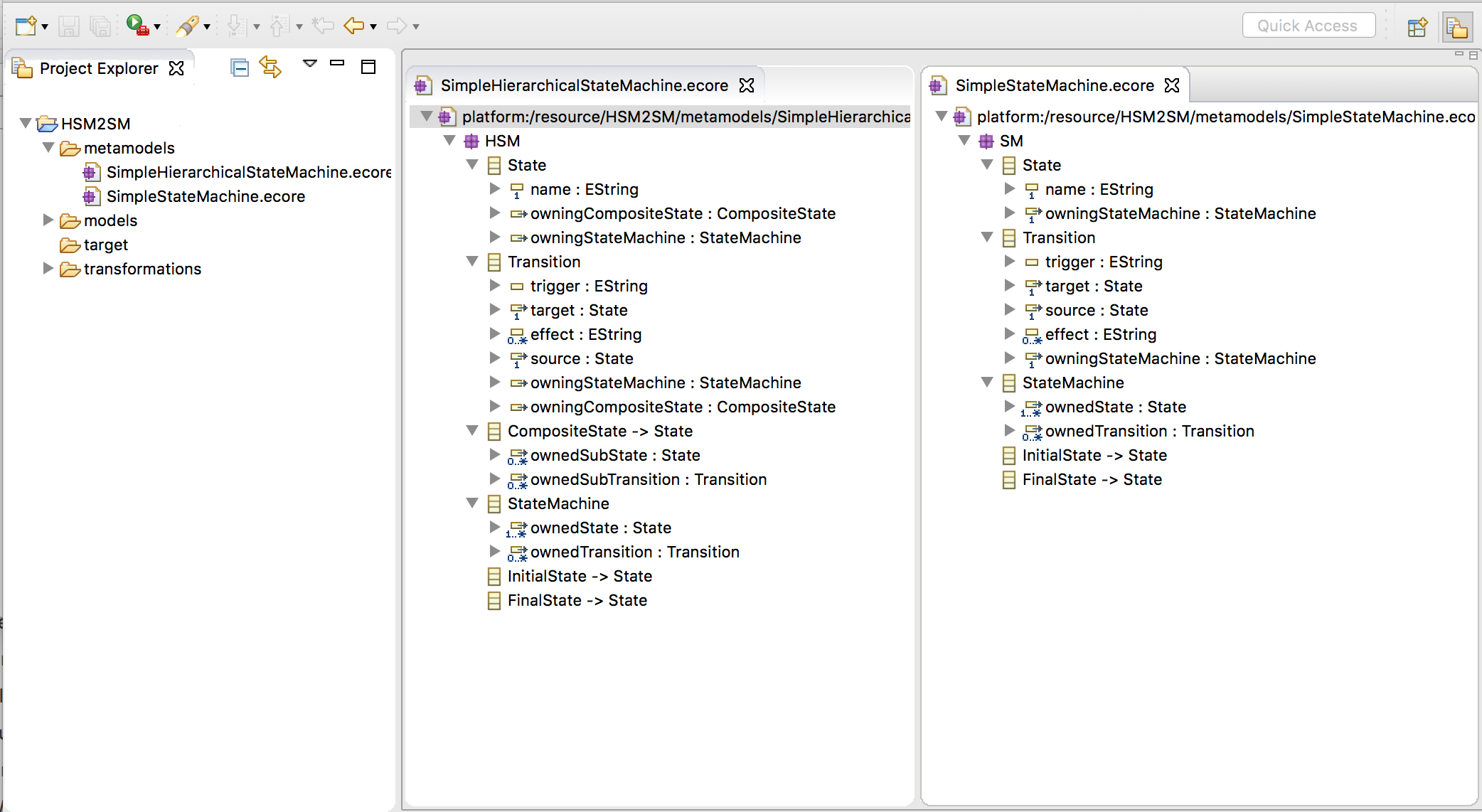 Starting from the definition of the involved metamodels, the JTL transformation is specified. 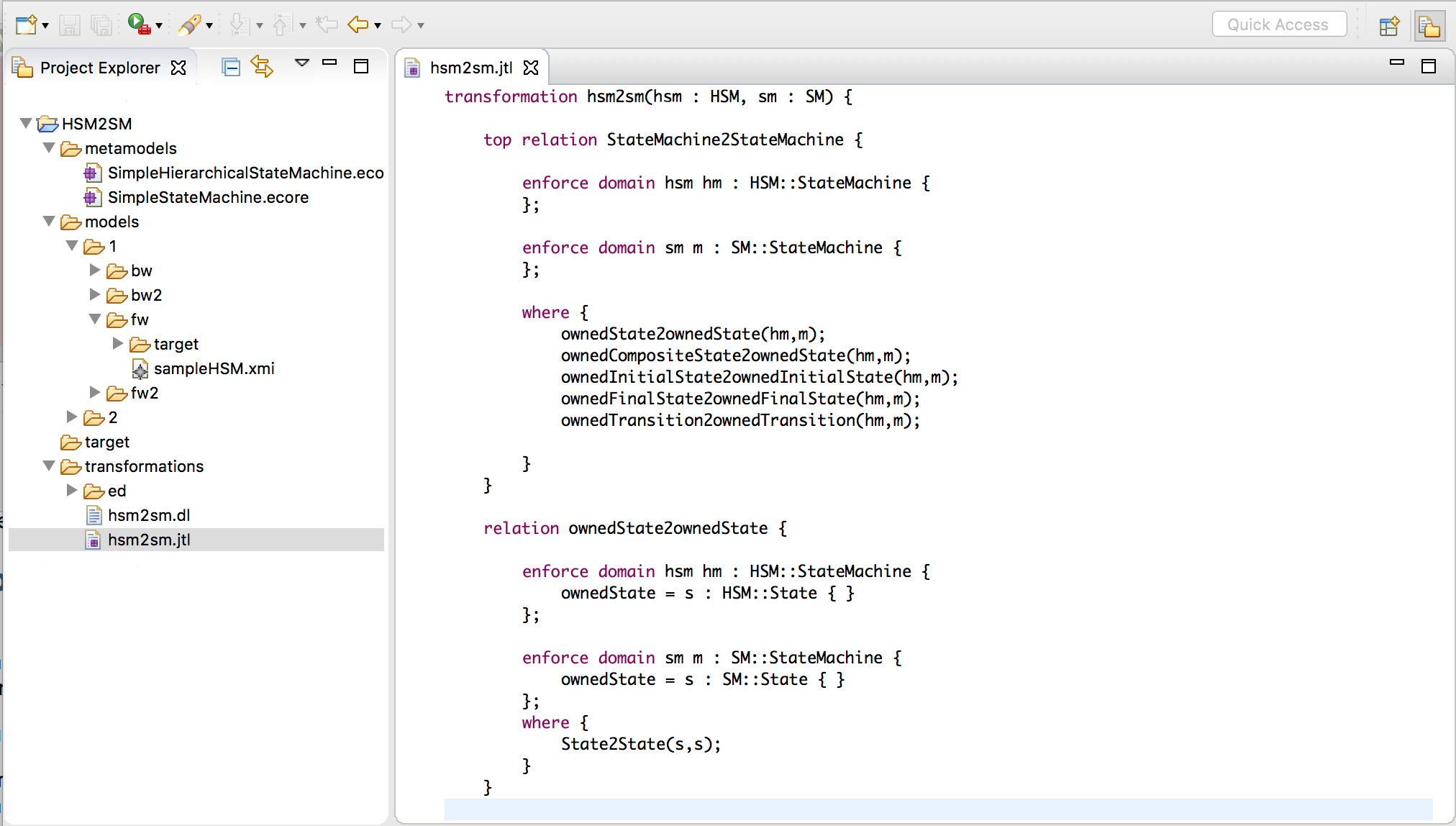 The transformation can be easily executed from: Right-Click menu > Run as > Run Configurations 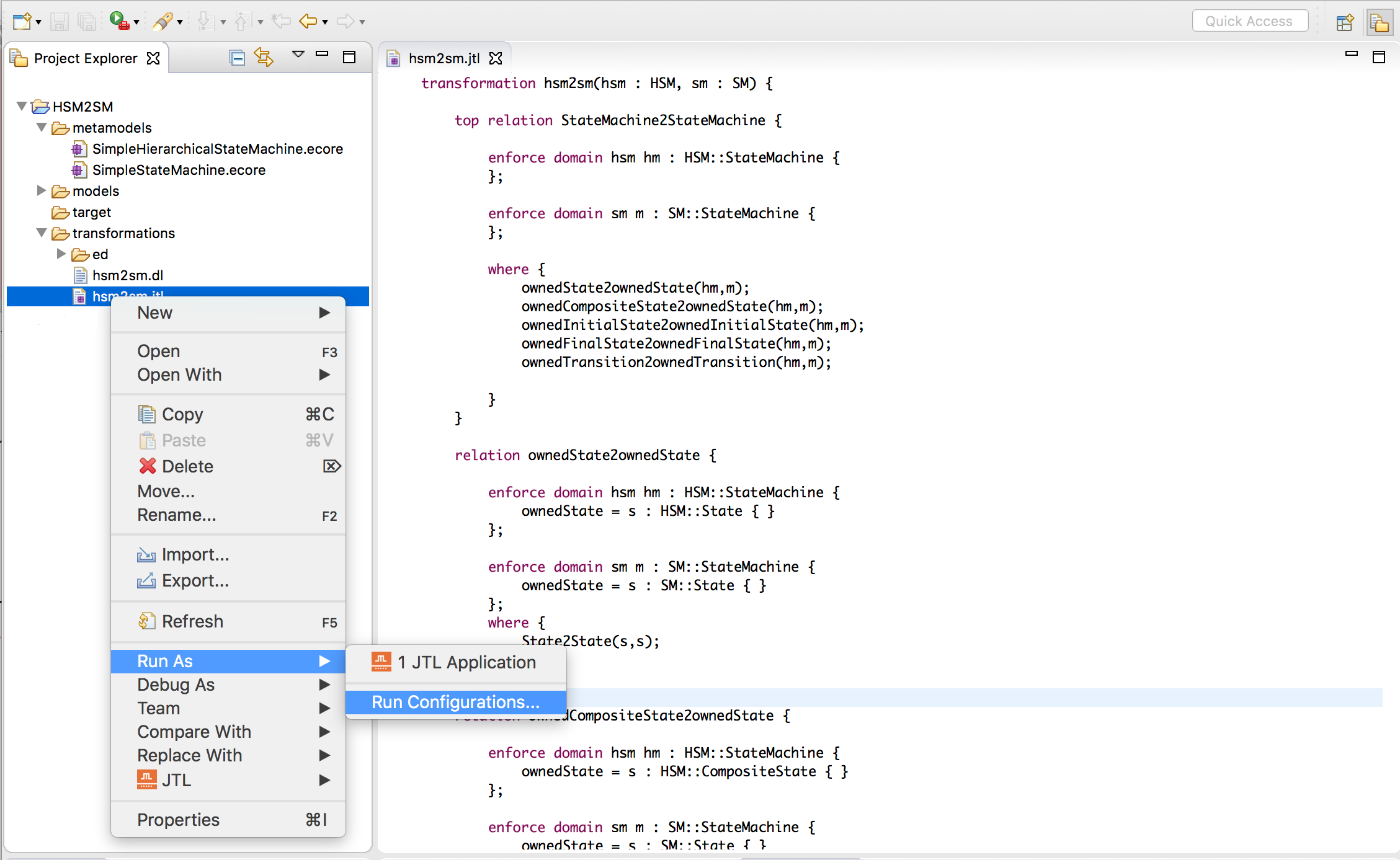 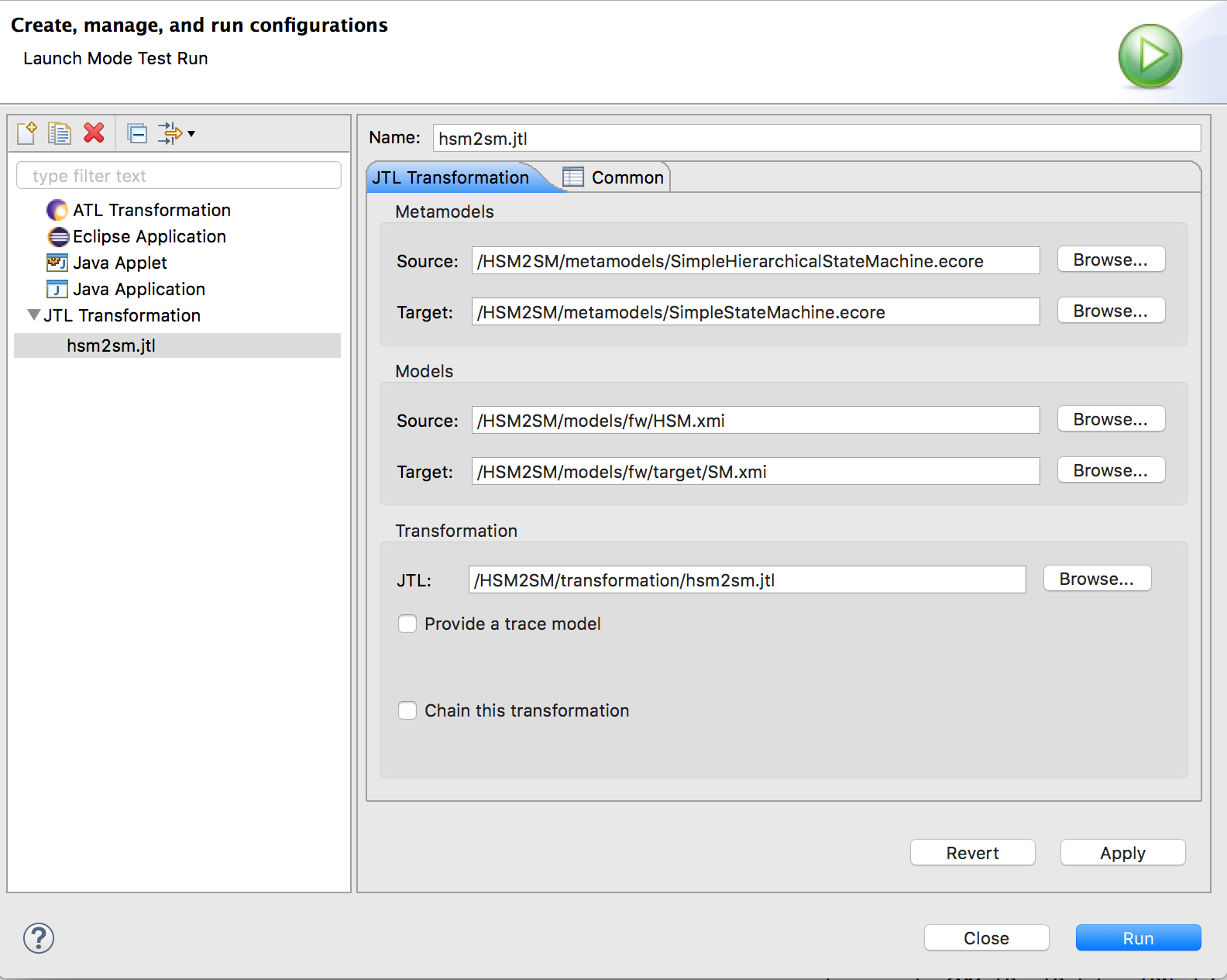 The application of the transformation on HSM generates the corresponding SM model. 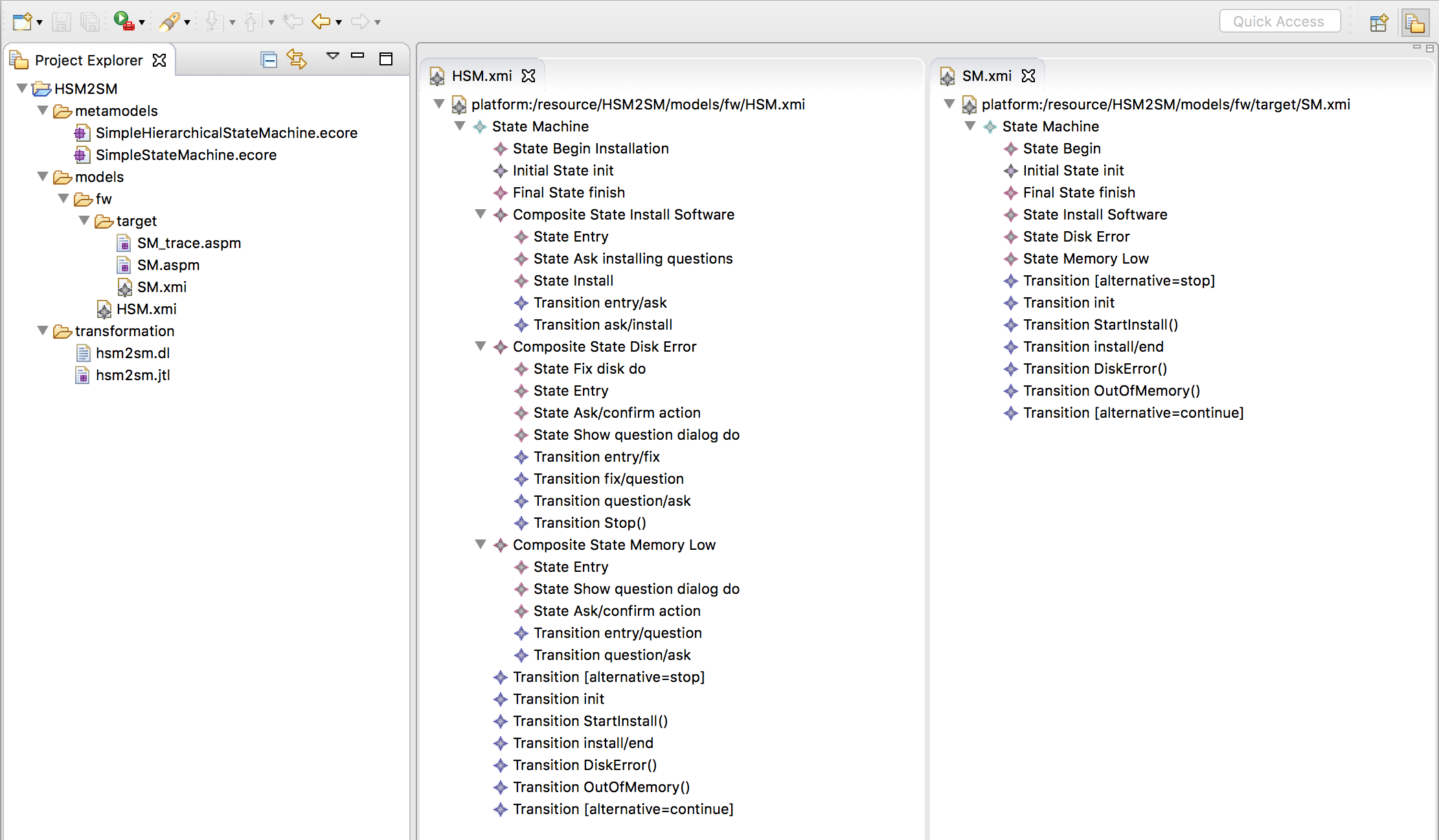 Note that, by re-applying the transformation in the backward direction it is possible to obtain again the HSM source model. The missing sub-states and the transitions involving them are restored by means of trace information. 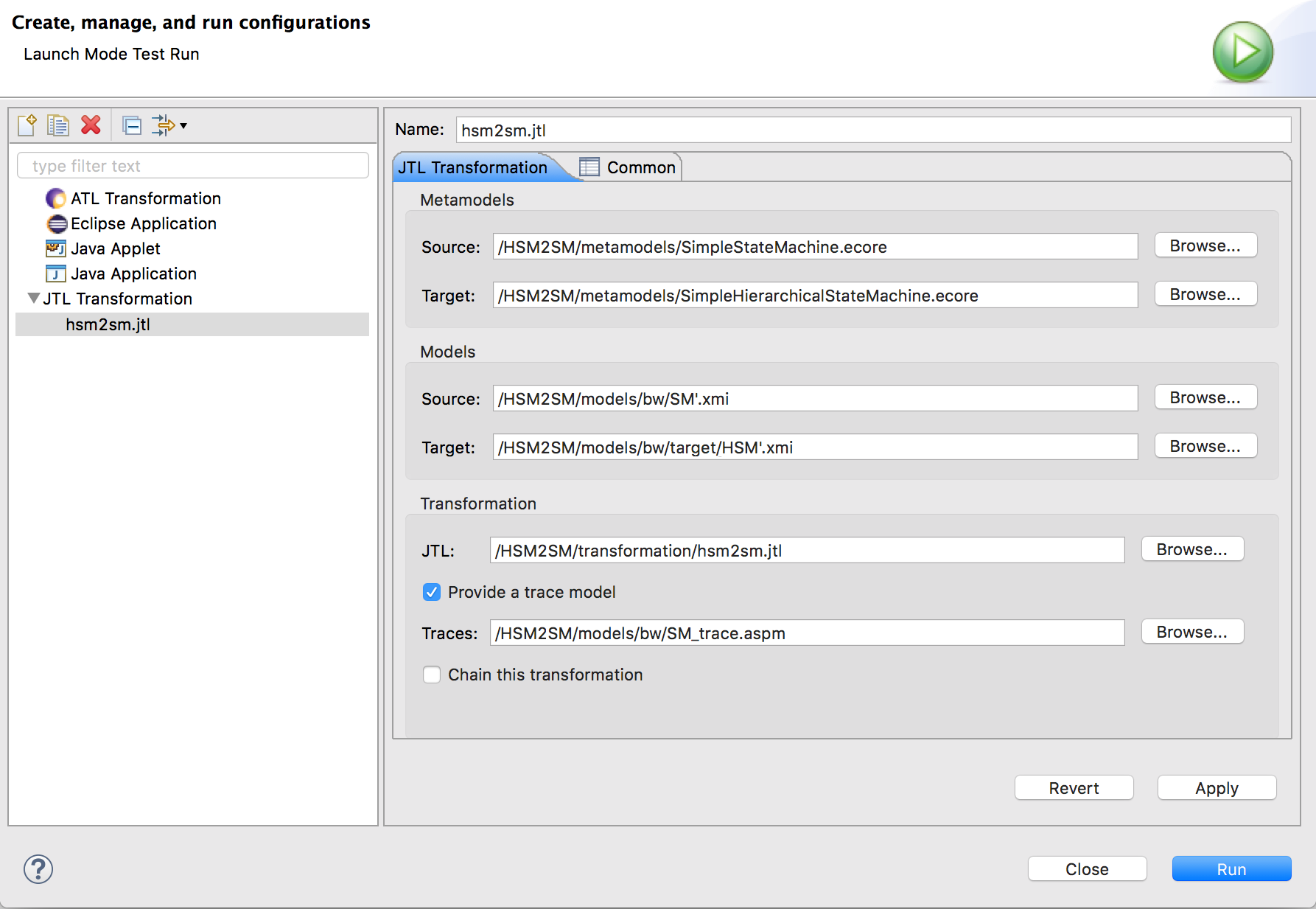 Suppose that in a refinement step the designer needs to manually modify the generated target by adding the transition [alternative = try again] to the state Disk Error to come back to Install Software.

If the transformation HSM2SM is applied on it, changes are propagated on the source model. 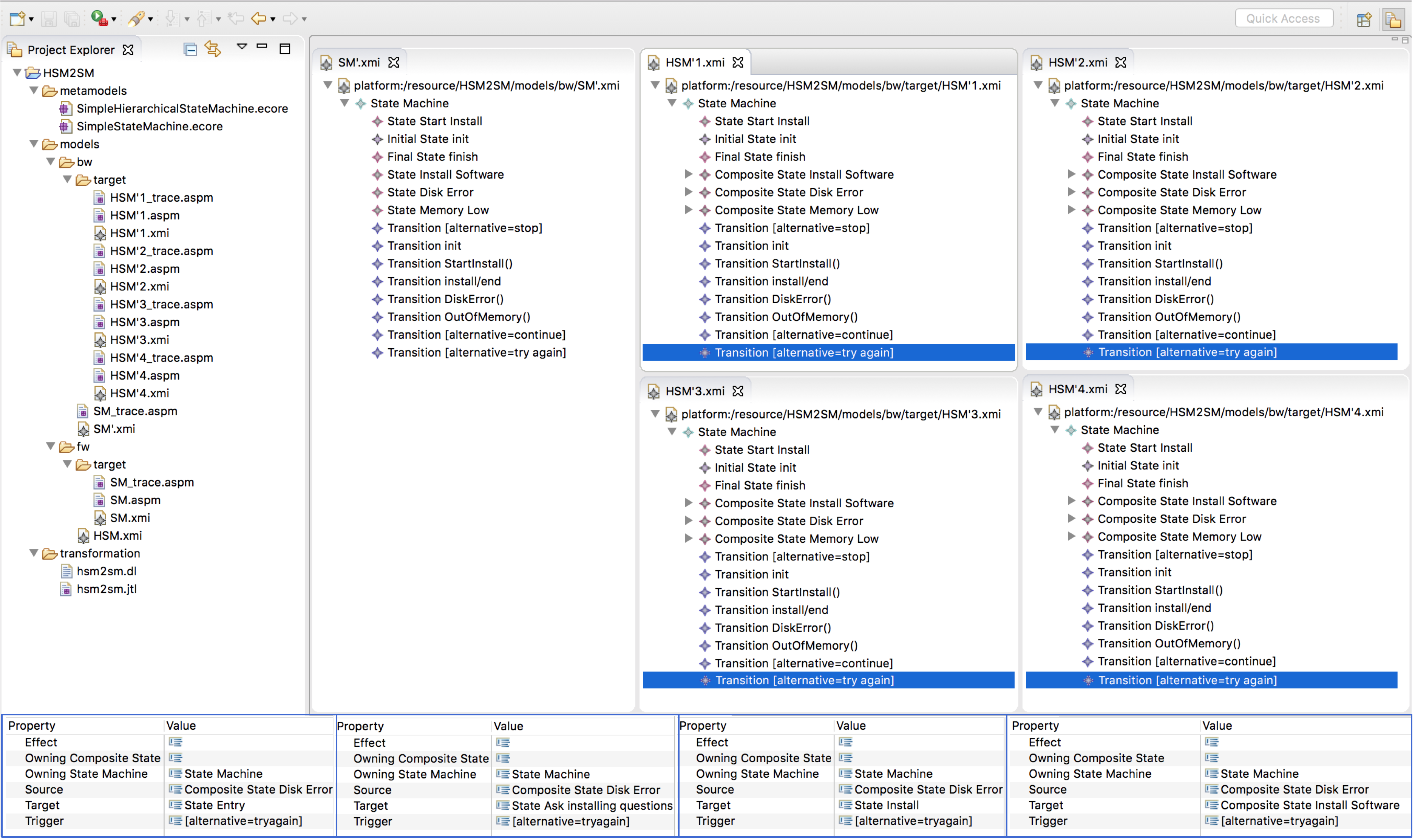